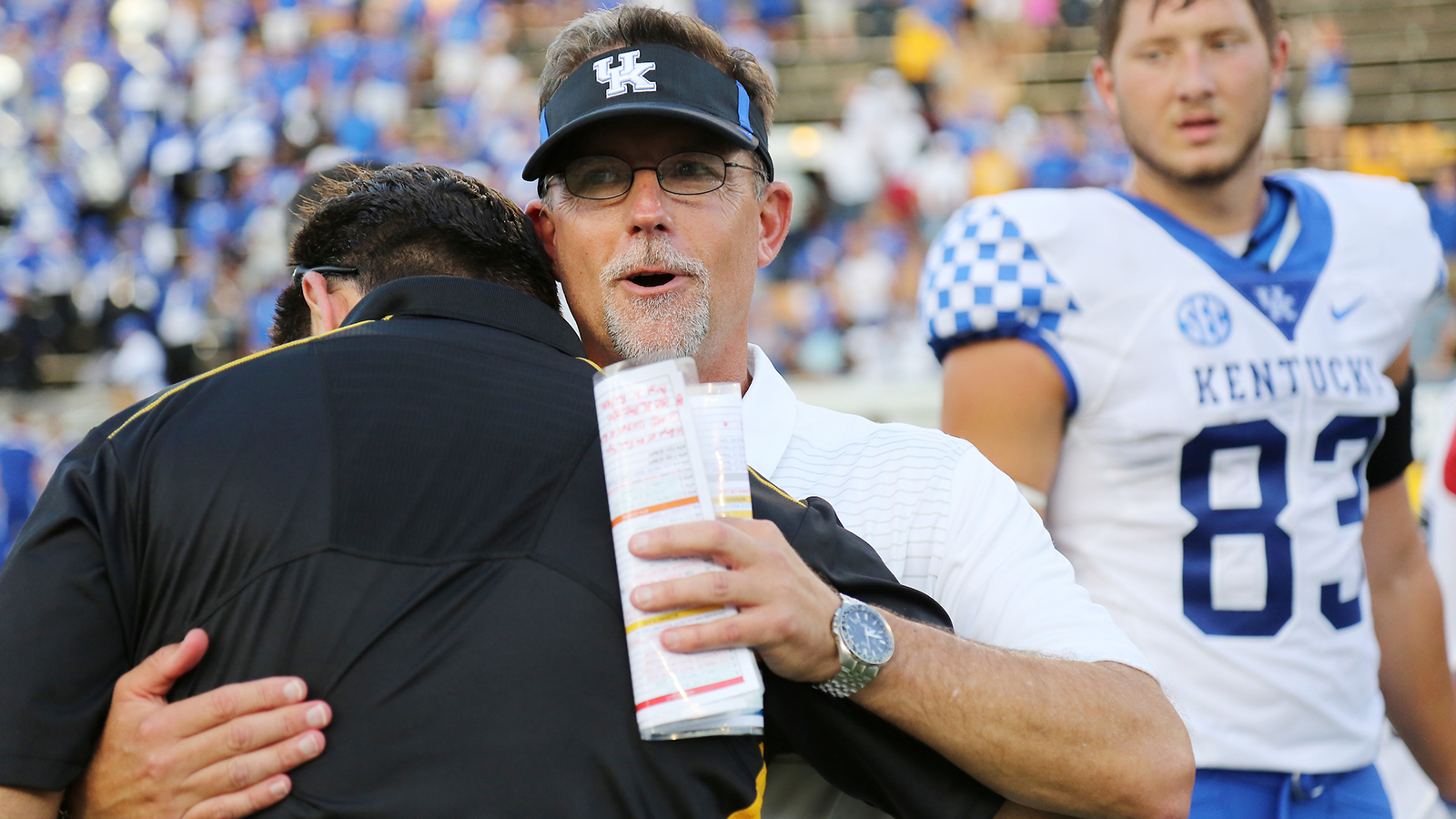 As we all know, rumors about coaching changes have been looming for about a week now, and fans have been displeased with Gran’s job on the sideline for awhile now.

Even though there has been a lot of frustration centered around Gran’s play-calling the past couple years, overall, he was pretty successful at Kentucky. He had four different QB’s in his time here and all of them at one point succeeded.

He had a promising QB in Drew Barker, who shined against Southern Miss in a new system, then he got hurt and Gran had to adjust to a completely different QB in Stephen Johnson, who was pretty successful in his time at Kentucky. Then Terry Wilson took over in 2018 and led Kentucky to a 10-win season. The next season, Wilson was injured in the second game of the year and ruled out for the rest of the season with a torn ACL. Gran had to come up with a new gameplay for incoming transfer Sawyer Smith, who had never played a down of SEC competition. He was really successful, until his injury. Then, maybe Gran’s best accomplishment at Kentucky, he took Lynn Bowden, a QB turned WR at Kentucky, and once again made him a QB. Bowden led the Cats to an 7-win regular season and a bowl victory over Virginia Tech.

Now, there have been a lot of complaints over the past couple seasons about Gran’s odd, conservative play calling, and the “don’t lose” style of play when the Cats take a big leads, which has lost Kentucky plenty of games, and his inability to “open up” the offense. Trust me, I have been aggravated plenty of times with it and have shouted some choice words from the stands. However, Eddie Gran did a good job here. We as Kentucky fans wanted 8-win seasons consistently when Stoops got here, and Kentucky has done nothing but that since Gran’s time here.

But, simply put, the style of play had become old with fans and players, which doesn’t equal anything good, and we saw that toward the end of this season.

Who will the Cats hire? I don’t think anyone knows yet. I would expect names to be mentioned in the coming weeks. 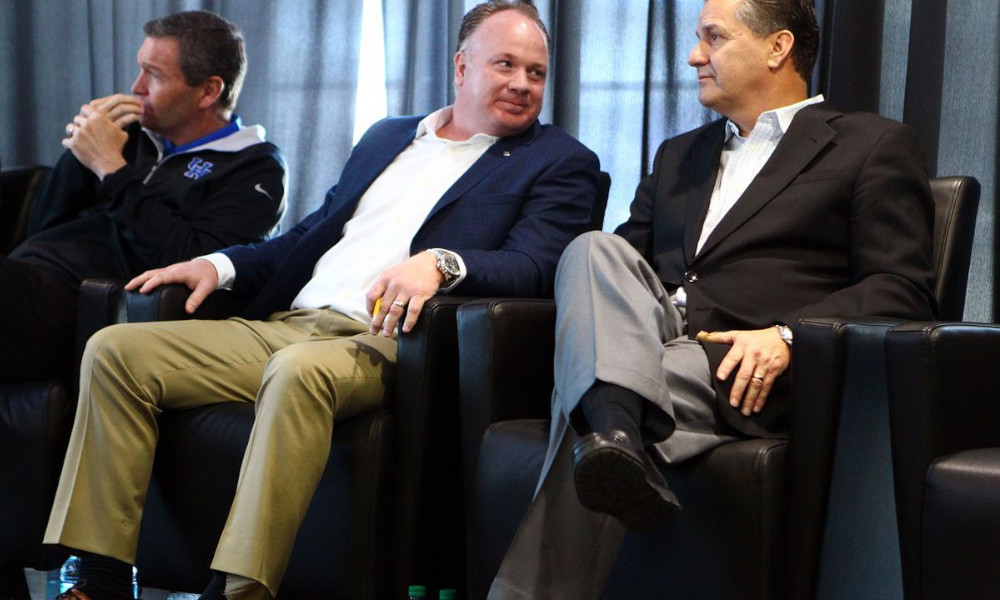 Due to the lack of guidelines, name, image, and likeness has seemingly transformed college athletics into “pay for play”, and in certain ways, can be compared to free agency in professional sports.

Just recently, there have been situations such as Miami basketball star Isaiah Wong providing an ultimatum of a transfer after demanding more NIL compensation, a multi-million dollar bidding war for Pittsburgh star wide receiver Jordan Addison, and a Tennessee football quarterback commit who has an $8 million dollar NIL deal awaiting.

These athletes aren’t to blame, they are just playing by and trying to capitalize on NIL, using the rules that have been given.

In the past week, both John Calipari and Mark Stoops have reiterated their support for NIL. However, they have cited that they will choose to do it the right and legal way, while criticizing the NIL collectives that have been formed to practically create the best teams that their money can buy.

These comments were responded with many fans calling for Calipari and Stoops to recruit in the same fashion as schools with large collectives, but it looks like they will be on the right side of college athletic history.

According to Sports Illustrated’s Ross Dellenger, college leaders are pushing the NCAA to investigate recruiting violations dating back to the start of NIL and create guidelines going forward.

As the current rules are written, the NCAA rules state that boosters are not allowed to pay players directly or be part of a university’s recruiting process. However, the majority of these collectives are spearheaded by intelligent people that are skirting vague NCAA guidelines, with many protected by state laws, and in some areas with legislation being created to empower such behavior.

While it may take months or even years to investigate recruiting violations, as indicated by past and current investigations, the NCAA is reportedly in the process of finalizing NIL guidelines which are expected to be published next week.

Passing the guidelines is one step, but the NCAA must enforce them, which could be proven to be a challenge. In the past, NCAA enforcement has been less than willing to enforce existing rules, and the organization may not be equipped to do so after laying off 15-20 employees due to COVID.

Despite the guidelines being confirmed to be written, there is still a lot of uncertainty on what the results will be. On a positive note, it looks the NCAA and the college leaders are on the same page, which is promising when it comes to the regulation of NIL. 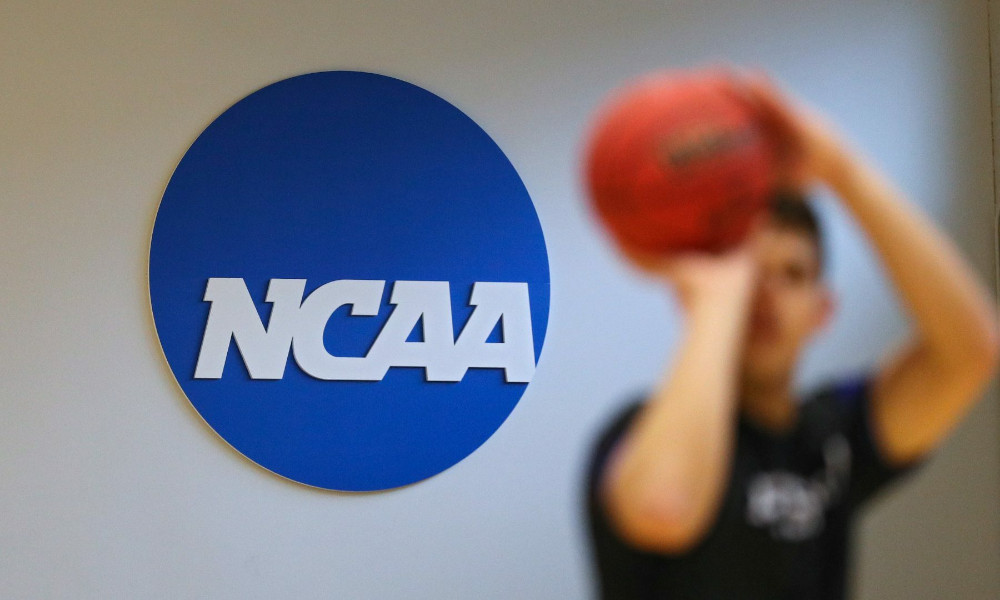 In just the last week, Miami basketball star Isaiah Wong provided an ultimatum of a transfer after demanding more NIL compensation, and there are now reports of a multi-million dollar bidding war for Pittsburgh star wide receiver Jordan Addison.

These two situations are just the two most recent reasons why the NCAA needs to step in before college athletics reenters the “meat market” of the 1980s or becomes an all-out professional sport free agency,

With that said, CBS Sports reported on Wednesday morning, that the NCAA does plan to step in and fight against the boosters and the “pay for play” dynamic that has entered college athletics.

“How are they having conversations [with athletes]? They’re boosters. We’ve never let boosters be involved in the recruiting process. Where did it go off the tracks? … The collectives are boosters,” said NCAA Council chairman and West Virginia Athletic Director Shane Lyons.

In response to Lyons, I would hate to be the bearer of bad news, but this is not the first time in college sports that boosters have been involved in the recruiting process, and there is no way to eliminate them completely.

Back to Lyons’ comments, he mentioned “collectives”. Following the debut of NIL on July 1, 2021, many of the biggest donors in college sports came together to form these “collectives”, which allows them to pool their money and provide a substantial, and as of now unchecked, amount of NIL benefits.

One of the most prominent boosters and members of a collective, is Miami’s John Ruiz, a billionaire alum of the university. According to the Miami Herald, Ruiz has set aside $10 million himself to compensate student-athletes and has already signed more than 110 to promote two of his companies, LifeWallet and Cigarette Racing.

Ruiz told CBS Sports that he believes he is inside the current rules, even claiming that his collective is more compliant than the NCAA itself. “My platform is very consistent with all the rules with NCAA and state law. We probably have a more robust compliance system than the schools or the NCAA itself. I’m extremely comfortable. This is totally kosher. We have legitimate companies,” Ruiz said.

Unfortunately, Ruiz isn’t wrong. While NCAA rules state that boosters are not allowed to pay players directly or be part of a university’s recruiting process, the majority of these collectives are spearheaded by intelligent people that are skirting vague NCAA guidelines, with many protected by state laws, and in some areas with legislation being created to empower such behavior.

As for when you can expect to see the NCAA’s response, Lyons told CBS Sports, “I think you’ll see something in the coming weeks that in short order is going to provide some of that message to the membership. ‘Here’s the guidance [for NIL].’” 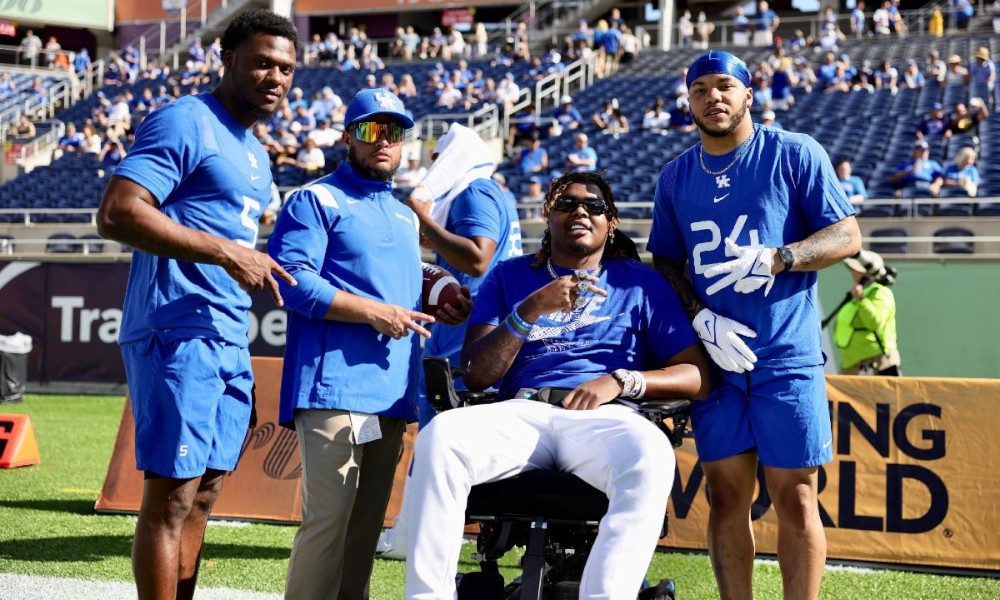 Chris Oats came to Kentucky as a four-star recruit and became one of the best linebackers on the team, but after tragically suffering a stroke back in May 2020, his football career was put to an abrupt end.

Over the past two years since the medical event, the Big Blue Nation and the Kentucky football program have watched as Oats has made progress – albeit slow – and have shown unwavering support.

On the field, each week during the past two seasons, one rotating Kentucky player has worn Oats’ No. 22 jersey without a name on the back in his honor. Off the field, the Big Blue Nation was able to come together to raise over $170,000 to help Oats and his family with the expense of a new wheelchair-accessible van and his rehabilitation.

On Tuesday, Chris’ mother Kim, shared the latest update on his recovery, showing the ability to raise up and walk with assistance.

Despite such a challenge, Oats has never failed to be an inspiration and shows a fighting spirit that we can all learn from.

You can still help Oats and his family financially throughout his rehabilitation journey by donating to their GoFundMe at 22OatsStrong.org.