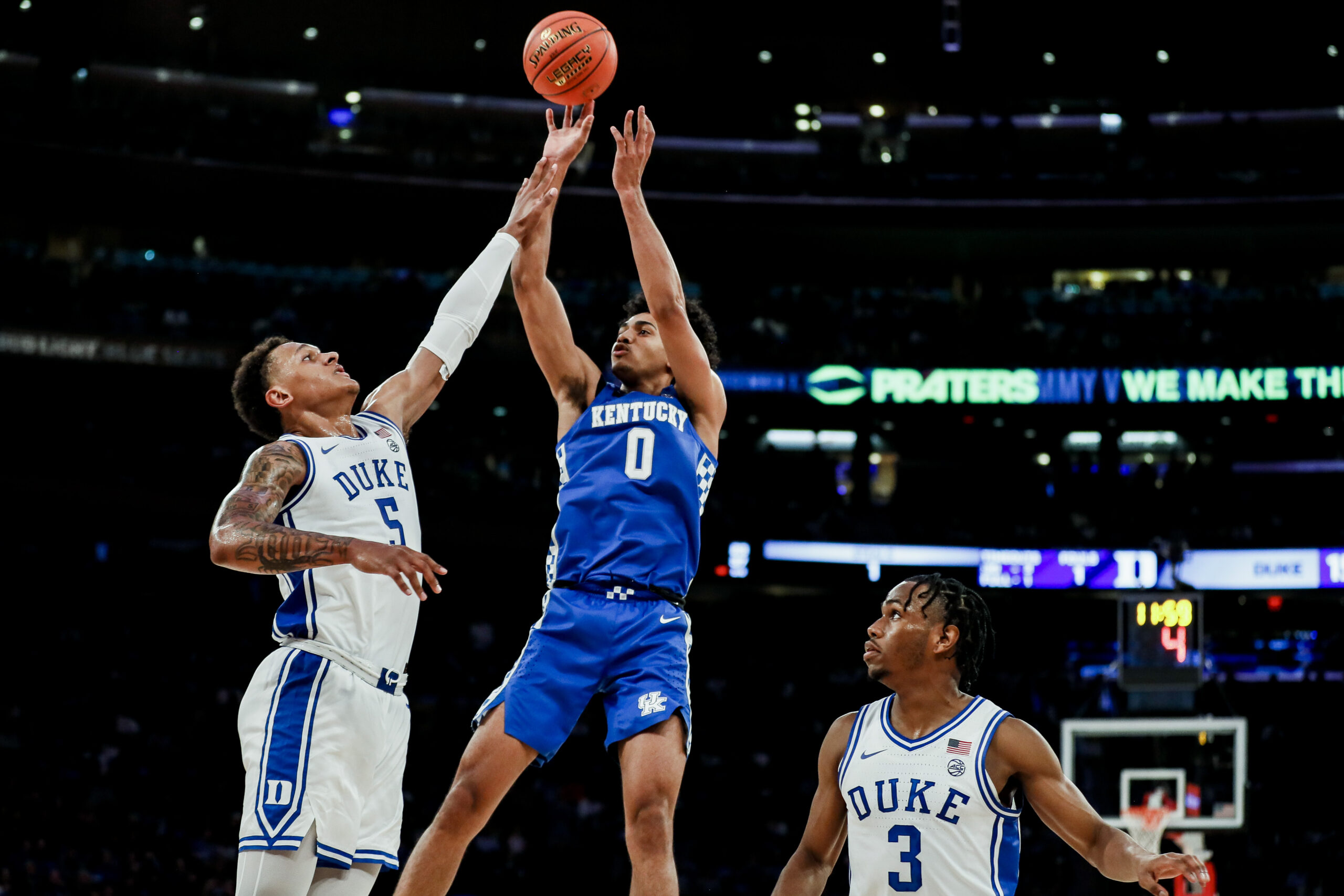 My biggest frustration with John Calipari in recent years has been his stubbornness against shooting more three-point shots and to keep shooting mid-range shots. In the past, Calipari could rely on his lack of “three-point makers” as an excuse, but that is not the case this season.

Good at Making Threes, Not So Good at Shooting Them

Seven games in, Davion Mintz, Kellen Grady, and TyTy Washington are shooting over 40% from three. This doesn’t even include a struggling Dontaie Allen, that will almost certainly find his shot. As a team, Kentucky is in the top 60 and shooting their best percentage from three since the 2012 championship season at 33%, compared to their 38%.

You would have to go back over two decades to the 1996-97 team to find a Kentucky team with three players that played meaningful minutes and shot 40% from three. Not to mention, that 1996-97 team (19.4 attempts per game) shot nearly the same amount of threes as we do now (19.0 attempts per game), twenty-five years later.

Ideally, this team needs to be shooting 22-23 threes per game.

Finishing at the Rim, but Not Enough Free Throws

Knowing that one would assume that the Cats should be getting to the rim and getting a lot of free attempts, right?

Kentucky is slightly above average at getting to the rim, ranking 126th, but sit behind six other top ten teams. Yet, they are taking advantage of their chances at the rim with a 67.2% conversion rate around the rim, good enough for 12th in the country.

On the contrary, their free throw rate doesn’t look too good, as they are sitting at 338 of 358 teams in that area and in the bottom 100 in total attempts.

The Least Effecient Shot in Basketball

So what does that leave? The dreadful and least efficient shot in basketball, the mid-range shot.

Nothing has aggravated me more in recent years, than a player shooting a shot just inside the three-point arc or shooting a forced and difficult 15 footer.

With 33.56 shots per 100 possessions, Kentucky shoots the fourth most mid-range shots in the country (note: UCLA is second). To make it even worst, they are not shooting effectively with these shots, averaging in the bottom half of the country in mid-range percentage.

This team is smaller and less athletic than we have become accustomed to under Cal, but they can shoot and convert at the rim better than we are accustomed to. Why not change your offense around this team’s strengths and stop shooting mid range shots?

This team is 6-1 (even with a subpar schedule) and ranked top-10 in the country, so this team is very talented. John Calipari is a hall of fame coach, and I am just a blogger that used to play basketball. However, this team is still not quite playing modern basketball and that worries me when looking at the other top teams in the country.

As the season goes on, I hope Cal can tweak his offense a bit more to the way basketball has been played for nearly the last decade.