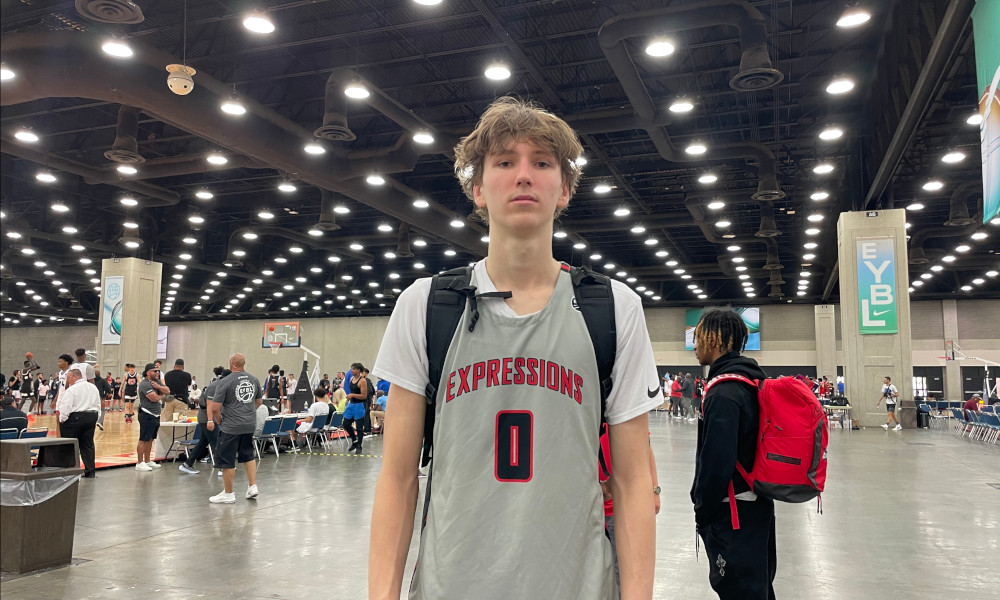 Standing 6-foot-10 and possessing the perimeter skills of a guard, top-10 recruit, Matas Buzelis, is one of the most versatile players in the class of 2023.

This weekend, Buzelis displayed a good feel for the game and excelled as he had a team with multiple shooters, which created space and gave Buzelis the freedom to create for himself and his teammates.

Helping his team to a 4-1 record this weekend, Buzelis averaged 13.4 points, 4.8 rebounds, and 2.4 assists. Excluding a bad shooting performance on Monday morning, Buzelis shot 55.5% from the field and 36% from three, displaying his offensive efficiency.

After watching him it’s not hard to understand why some of the biggest names in college basketball have offered Buzelis, including the bluest of bloods – Kentucky, North Carolina, Duke, and UCLA – with the Wildcats and Tar Heels said to be the early favorites.

One of Buzelis’ priorities in this recruitment is finding a family atmosphere, and when asked about Kentucky, it seems they are trying to provide that, with Buzelis saying, “we (Kentucky) are in contact almost every day. It is good.”

Buzelis also believes that he is a “perfect fit” for Kentucky, noting, “I think I can bring versatility. Getting everyone involved and just playmaking.” That’s not to get carried away, as he also went on to say that he believes his game translates anywhere, including North Carolina.

The Tar Heels have been putting pressure on Buzelis as of late. Tar Heel commit and No. 2 composite recruit, GG Jackson, told On3 in late May, “he is the only one I am even looking at right now.”

With that said, a new option is emerging, the G-League.

Former Kentucky assistant coach and current G-League executive, Rod Strickland, was in attendance for several of Buzelis’ games and was even seen meeting with him. When asked about it, Buzelis said, “I’ve only talked to them for a minute. So it was good. I don’t really pay attention to it. I just try to focus on the game.”

While that doesn’t like a top option, Travis Branham of 247 Sports says that he received information following this weekend that the G League could very well be where Buzelis ends up.

When talking to the Buzelis he reiterated the word “focus” several times as his biggest priority is playing basketball. It is still very early, but it looks to be a three-horse race between Kentucky, North Carolina, and the G League.