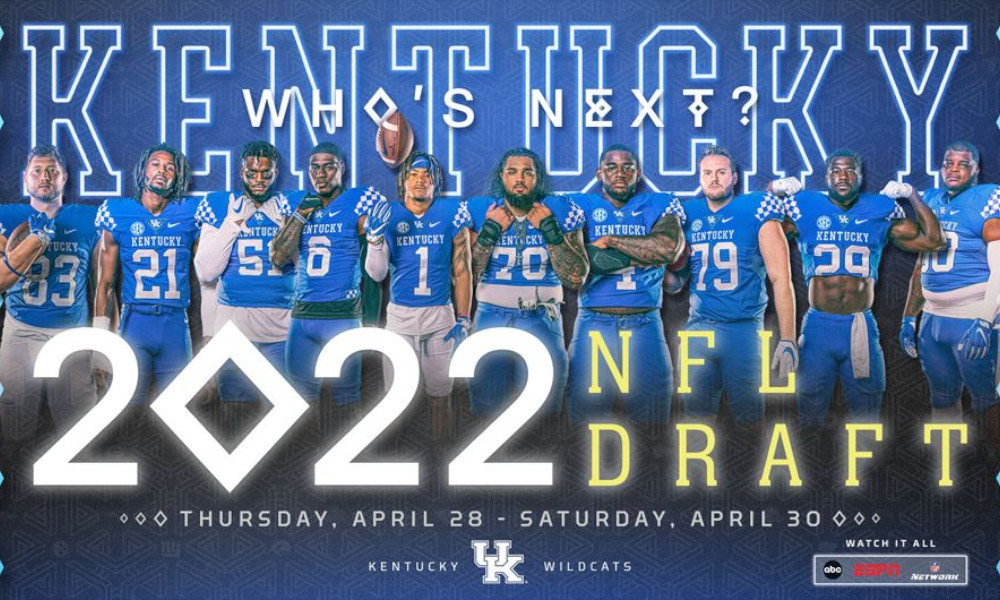 The NFL Draft is where dreams become a reality, and since Mark Stoops’ arrival, the Kentucky Wildcats have had a player selected in the NFL Draft in seven of his nine seasons, including three straight seasons with multiple draft selections.

On Thursday, Kentucky pushed that streak to four, as four Wildcats were selected, which was more than schools such as Texas, Florida, and USC.

Let’s take a look at some reactions of those drafted as their dreams became a reality in this year’s NFL Draft.

This year’s draft is just another testament to where the Kentucky football program is currently at and the player development of the coaching staff. After just one season in Lexington, offensive coordinator Rich Scangarello has been let go, first reported by LEX18.

Hired as the replacement for Liam Coen back in February – who led Kentucky to a 10-3 record in 2021 – Scangarello was known as a “quarterback whisperer” and was even referred to as a “football genius” by head coach Mark Stoops when he was hired.

Given his background and plenty of talent on the offensive side of the call, Scangarello was expected to deliver on the high preseason goals, but that was not the case as the Wildcats’ offensive production was ranked last in the SEC in terms of yards per game (336.3) and points per game (22.1).

Through the first four games, the Wildcats threw for over 300 yards in three of them. However, through the final eight, Kentucky ever threw for more than 239 (Mississippi State), leaning heaving on the run game. A six-point showing against Tennessee and a loss to Vanderbilt is included in that eight-game stretch.

It is likely true that Will Levis’s health did limit the offensive playbook, and in turn, limited Scangarello’s ability. However, given the negativity of the fanbase and the players towards Scangarello, this comes as no surprise.

With the transfer portal officially opening up next Wednesday, it feels like a good move to start the coaching change prior as Kentucky will need to have their house in order and be extremely active given their lackluster recruiting in 2023 (ranked 50th, 12th in SEC).

It will be interesting to see who Mark Stoops goes after for the Wildcat’s fourth OC in as many seasons. Early money would be on Rob Calabrese, the quarterback’s coach for the New York Jets, who was nearly hired before Scangarello. Could a Liam Coen reunion be in store?