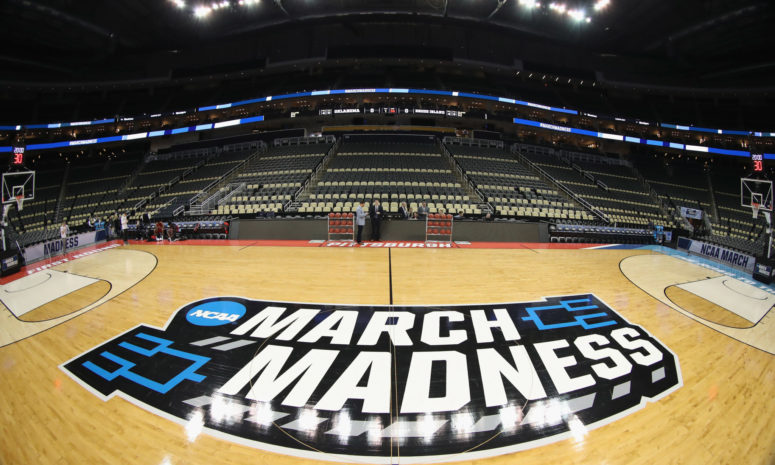 Wednesday afternoon, the NCAA made the decision to play the NCAA Tournament with only “essential staff and limited family attendance”, effectively banning spectators in an effort to contain the spread of COVID-19.

Put aside your thoughts on the COVID-19, aka the coronavirus, it is the biggest topic in the world has now banned hundreds of thousands of fans from the NCAA tournament.

Now that this is a reality, let’s take a closer look at the potential positives and negatives of the NCAA’s decision.

The randomness and absurdity of the NCAA Tournament is unlike any other sporting event, hence “March Madness”, but could this be the ‘chalkiest’ tournament ever?

The NCAA Tournament is the biggest stage that most of the 68 teams will play on and would feature more fans they have ever played in front of. The fans are key in creating that notable and passionate college basketball environment.

There are 63 games and there will still be upsets, but without the fans, I don’t think there will be nearly as many. Players and coaches from Power Five conferences will be more calm, cool, and collected without the external effect of the crowd and will lead to less chaos.

In SEC play this season, we have seen the worst officiating in the country, which is proven here. W

It’s no secret, most officials are influenced by the crowd and while it’s not right, it is the human element of officiating. No official wants to be

There has never been a sporting event as large as the NCAA Tournament to be played without fans, but now that is a reality.

Just to think, next week we are going to be watching games with practically no fans, meaning we can hear nearly everything from the court. That could be a problem for the NCAA

Kentucky Without the Homecourt Advantage

There is one constant, the Big Blue Nation, and they travel in groves to support their Cats in March. This gives Kentucky a home-court advantage nearly everywhere they go, but this year is going to be different.

Win or lose, March Madness brings the best of fans and one of the best parts of March is the crowd shots.

The most obvious impact of the

SEC Player of the Year, Immanuel Quickley, isn’t a fan.

One thing is for sure, this cements this season as the weirdest college basketball season ever. Here’s a couple other thoughts that’d be neat even though I hate the new wildcat. pic.twitter.com/ejr2K0Ybhm— Owen (@75toRupp) September 7, 2022 “Block out the noise,” is a message that John Calipari preaches to his players when they come to Kentucky. This season, that message may be as important as ever.

Even while many fans may not voice their displeasure on social media, many do. In interviews this season, several players have talked about trying to limit their time on social media due to the negativity and the effect it has had on their mental health. However, at a place like Kentucky, that is difficult to do.

To combat this, Calipari collected the players’ electronics the night before the Tennessee game, and told them “we’re going to get after this tomorrow.”

Whether it was the phones or not, this team looked more focused and showed more effort, beating a top-five-ranked Tennessee on the road. After the game, Calipari added they will likely continue this going forward.

Tom Izzo of Michigan State was also a fan of the move, saying he called Calipari after the game, praising him for taking the electronics.

This Kentucky team has the talent to compete with anyone in the country, as proven on Saturday. If they can limit distractions and show consistency, a run in March is not out of the question. The Kentucky Wildcats looked impressive in the Bahamas, winning all four contests by an average of FIFTY points. Yet, this was without their newest signee, Ugonna Onyenso.

Originally a top-25 prospect in the class of 2023, Onyenso made the decision to reclassify in July after his official visit to Lexington and pledged his commitment to the Wildcats just days afterward.

With his reclassification, Onyenso did fall in the rankings to a top-40 recruit but don’t let that distract you. The Nigerian native is 7-foot tall and has a 7-foot-5 wingspan, which makes him one of the best rim protectors in the country.

BBN Tonight and Keith Farmer caught up with Kentucky’s most recent roster addition – who just joined practice last week – giving him the first opportunity to introduce himself to the Big Blue Nation.

In the interview, Onyenso talked began by talking about why he chose Kentucky, saying, “I wanted to be here (Kentucky) and I wanted someone like Coach Calipari to help me improve my game.”

Later in the interview, Onyenso also talked about his one goal for this season, and it is one the Big Blue Nation will like. “I have only one goal, to help the team in any way win a championship. That’s why I’m here,” Onyango said.

At just 17 years old, it appears that Onyenso is already battling Oscar Tshiebwe in practice (last picture), which will surely benefit him in his development and help him become a key piece for Kentucky this season and beyond.

The interview can be watched in its entirety below.