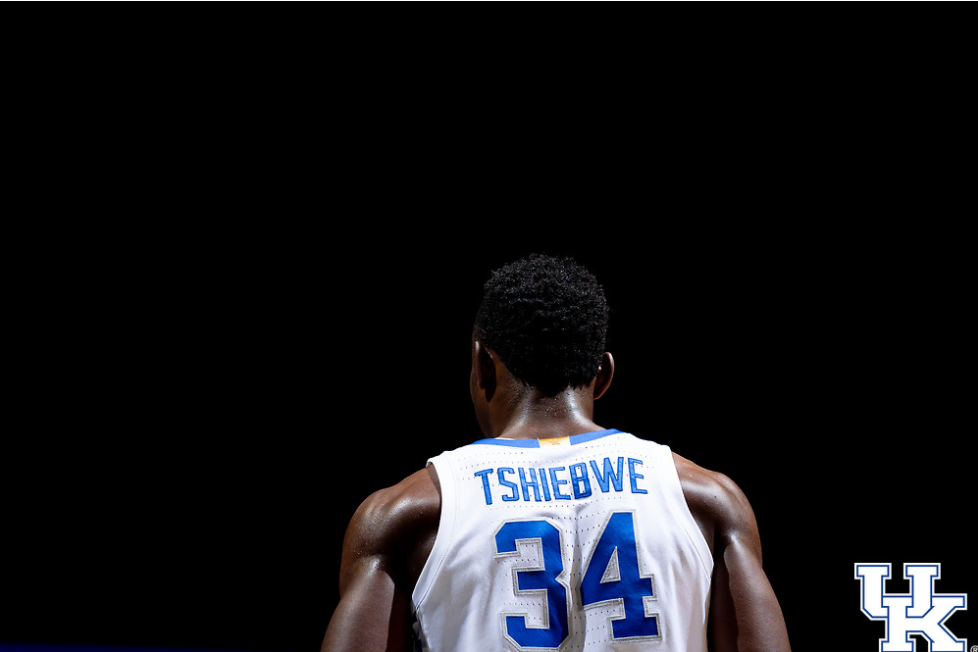 In just one season, Oscar Tshiebwe has left a lasting impression on the Big Blue Nation and the Kentucky basketball record books, but is it enough to put his jersey in the rafters?

There are 38 players with their jerseys hanging in the Rupp Arena rafters, let’s compare “Big O” to the other 38 and see where he adds up after one season.

In terms of games, with only 34, Tshiebwe would have played the least amount of any player to have their jersey retired. The same could be said for his career totals as they are low in comparison after playing only one season. However, in terms of averages, Tshiebwe holds up with the best of them.

In rebounding, which is Oscar’s expertise, he ranks second all-time with 15.2 rebounds per game, only behind Dan Issel’s 16.1. Pointwise, he would rank 11th with 17.4 points per game, ahead of names like Jack Givens, Kenny Walker, Tony Delk, and others.

While averaging a double-double, Tshiebwe raked in 28 of them, which is a Kentucky single-season record and places him top-10 all-time in Kentucky basketball history.

The total career totals may not be up to par, but the averages are and one has to consider the fact that in the current landscape, high-level college players don’t stay three or four years anymore.

As of writing this article, Tshiebwe has won five of the six Player of the Year awards, with the John R. Wooden Award set to be announced on April 5th. Currently, the frontrunner for the Wooden award, if Tshiebwe were to win, he would become the ONLY Kentucky Wildcat to be unanimous Player of the Year.

In his flurry of awards, Tshiebwe became the 21st Consensus First Team All-American in Kentucky basketball history. Of the twenty previous players, fifteen of them have their jerseys retired, with the five exclusions all being in the last 25 years: Ron Mercer (1997), John Wall (2010), Anthony Davis (2012), Willie Cauley-Stein (2015), and Tyler Ulis (2016).

Oscar Tshiebwe has had as much impact on and off the court of any Kentucky player in recent memory.

On the court, Tshiebwe’s impact is shown with some historic numbers. For the below examples we are only looking at his career at Kentucky.

In win shares per 40 minutes, a statistic that divvies credit individually for a team’s success, Tshiebewe recorded a .297 this past season. This ranked second in the NCAA and would put him only behind Nikola Jokić in the NBA Another impact stat, plus-minus, he recorded a 13.3, putting him 5th in NCAA. (Basketball-Reference)

*Win Shares is a player statistic that attempts to divvy up credit for team success to the individuals on the team.
**Plus-Minus, a.k.a. +/-, simply keeps track of the net changes in the score when a given player is either on or off the court.

While both of these statistical categories have only started recently being recorded in the last 15 years, they are some of the best ways to quantify a player’s impact on the court, and the numbers show that Tshiebwe’s impact cannot be understated.

Off the court, Tshiebwe has been a tremendous ambassador for the program and someone that people in the Commonwealth of Kentucky and beyond can look up to.

One such example is one that he had with Beaumont Middle School, a school in Lexington with sixteen students from Tshiebwe’s home country of Africa. During his visits to the school, Tshiebwe was able connections to with the students, and they were shown that they can be successful in America. See the story here.

It is a tough decision, but the sport has changed and successful players rarely stay three or four years anymore and he has the averages and accolades to compare to any player in program history. With that said, if Tshiebwe were to return to Kentucky for a second season and put up similar numbers, I think at that point it’s a no-brainer.

What do you think? Who are some other recent players you think should have their jersey retired?