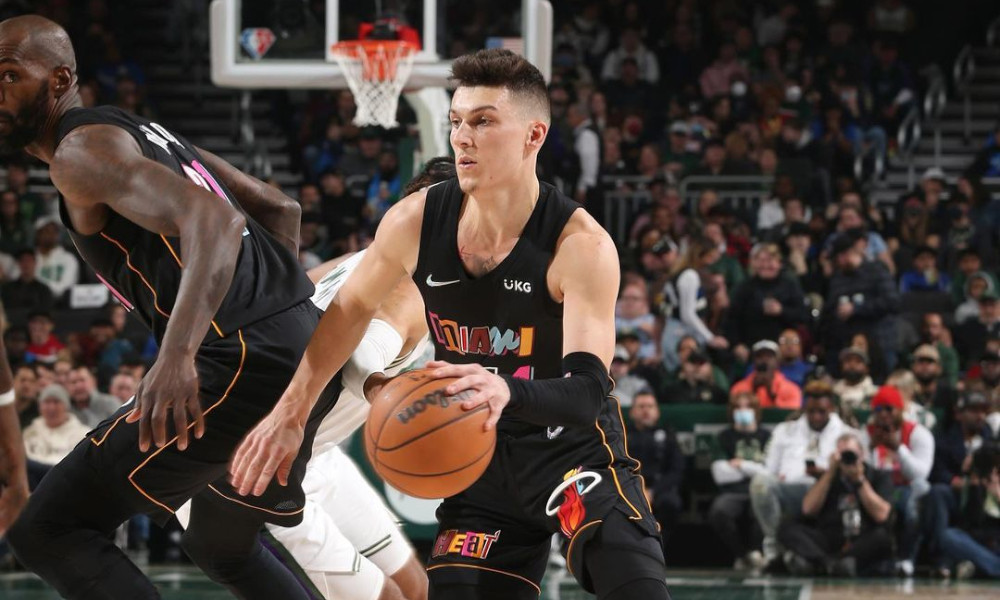 While not a part of the NBA Finals, as the Miami Heat were eliminated in the Eastern Conference Finals, Tyler Herro had himself quite a busy week ranging from trade rumors to cheating allegations.

With that said, let’s dive in.

Herro just put together one of the best seasons for a bench player in NBA history.

In addition to his impressive averages, the former Wildcat led Miami in total points (1,367) and scored 30+ points eight times, tied for third-most in a season since the league began tracking starts vs. bench performances in 1970-71.

This season’s performance earned Herro NBA Sixth Man of the Year honors, becoming the first former Wildcat and Miami Heat player to do so. So what’s next for Herro?

Herro believes his performance has earned him a starting spot next season.

“Yeah, for sure,” Herro told reporters Tuesday during his exit interview about whether he wants to be a full-time starter for Miami next season. “In some way, I would like to start. It’s my fourth year. I think I’ve earned it.”

Since joining the Heat in 2019, Herro has made 33 starts in 159, but mostly due to injuries. However, Herro has already been playing starter levels minutes and proven himself. I would expect to see Herro in the starting lineup if that is his wish.

While Herro recorded one of the best regular-season performances by a bench player, the NBA is a business and that does not make Herro immune to trade talks.

Last Tuesday, it was reported by Bleacher Report’s Jake Fischer that league sources believe the Heat could potentially offer Tyler Herro (plus cash and multiple first-round picks) to the Utah Jazz in a trade package for former Louisville Cardinal, Donovan Mitchell.

When comparing just stats, Mitchell would be an upgrade over Herro, but it becomes complicated when you consider Mitchell is still owed $135 million over the next four years.

All this considered, this rumor or its seriousness of it has yet to be confirmed.

At last, according to Katya Elise Henry, Herro’s girlfriend and mother of his child, and her most recent activity on social media, signs point toward Herro cheating on her.

This comes just after a month after Herro and Henry celebrated their second-year anniversary.

Herro has yet to respond to the allegations, but regardless, this is an unfortunate circumstance with a child involved.